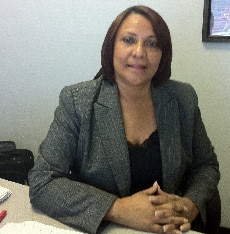 Posted at 16:59h in Media feature by jgbeckford@aol.com 0 Comments
0 Likes

Along with her eight siblings, she attended SDA schools in Belize.  She graduated  from Belize Teacher’s college and taught school for SDA mission and The Government of Belize.

She migrated to the US, first to NY She would then relocate to California, Florida, Texas and back to Florida which she considers her home.

While in California she entered the Insurance and Financial Industry and worked for financial firms such as RJA and Associates of Beverly Hills and Total Financial Services of Culver City.

Gilda Swasey started her own agency,  Hill Insurance and Annuity Services  in Glendale, CA where her agency housed over 50 brokers involved in Annuities and Structured Settlement sales.

As a hobby, she attended the Connecticut School of radio and Television broadcasting inn  Hollywood CA.  She co- hosted a cable television show called Caribbean Connection which  showcased talents from the Caribbean including Jamaica, Trinidad and Belize.  The show won several  awards including  best  variety show and best stage design.

In 1992, she relocated to Florida with her husband Omar and her daughter Tanika.  She continued  her career in the insurance and financial industry and obtained her LUTCF designation through the American College. After working for several years both as an agent and a Sales manager with Western and Southern Financial Services, she was offered a position with American General Life as a Recruiter/Trainer.

She became very active in her church Maranatha SDA of Miami and along with a friend Sharon Blackwood, hosted a radio show called Your Hour of Power and through music and the study of the word, ministered to the people of South Florida.

In 2013, her desire was to be near her family in Texas especially her mom Evelyn and was granted a transfer with her Company, American General Life.  After a year, she was promoted to Associate Manager in the Dallas/Ft. Worth office.

As an Associate Manager, she recruited and trained agents to build successful careers in the insurance industry.  However,  her greatest satisfaction was the service her  staff provided to individuals and families, such as planning for  retirement, education funding, mortgage protection and  income protection to name a few.

In September of this year, she again decided to step out in faith and become an entrepreneur. She officially launches her new company Access Life Financial on November 1st.

She is the proud mother of Tania, son-in- law Wayne and two beautiful granddaughters Amayah and Aubree.