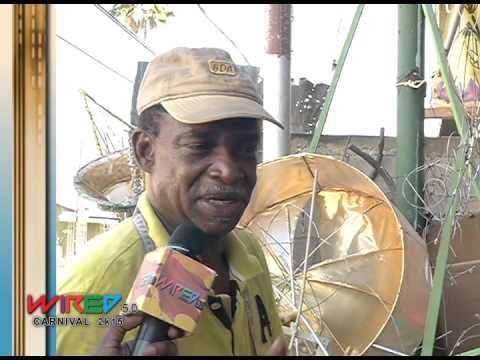 Stephen Derek was a part of Miami Carnival since 1992 when he worked successfully with Party People.  In ensuring years he worked with many other bands, including D’ Gathering, Fun Generation, and his own D’ Midas – bringing the band to Miami.  November 19, 1999 was pronounced “Stephen Derek Day” by the Board of County Commissioners of Miami-Dade County.
Miami Carnival thanks Stephen Derek for his many contributions to our Carnival and to Caribbean carnivals across the globe.
Stephen and his magnificent mas creations will be missed.