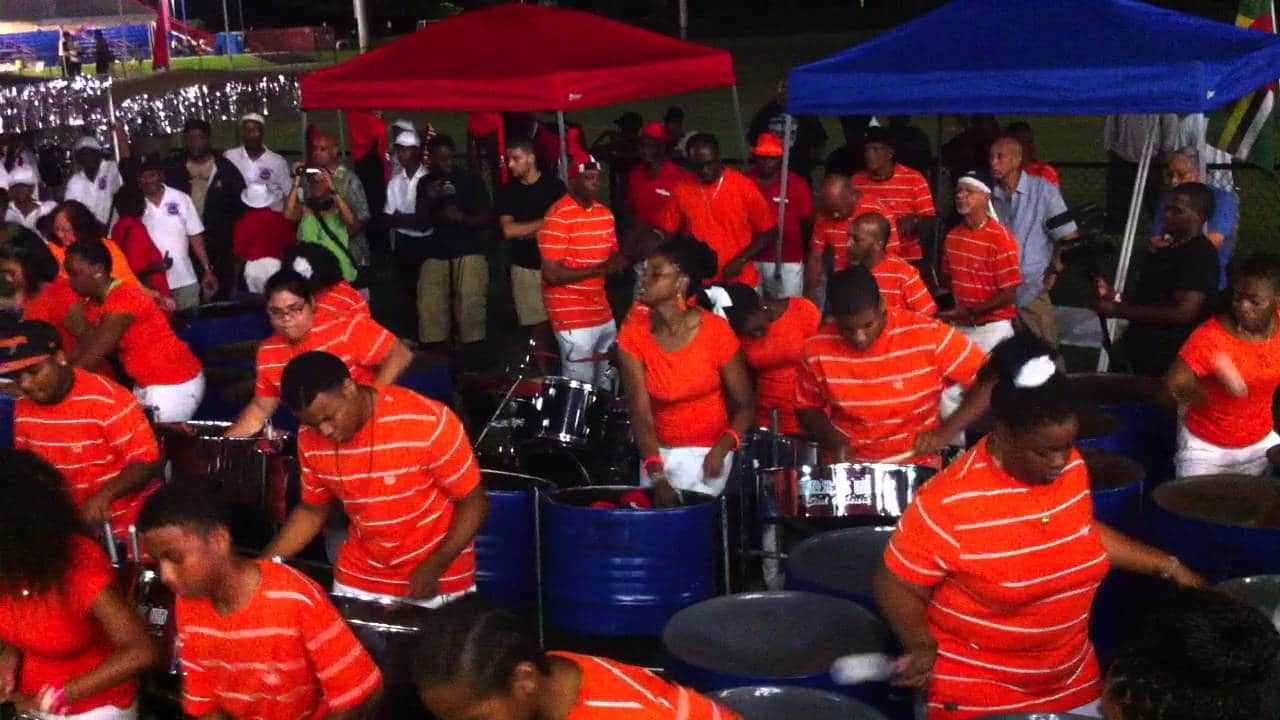 Posted at 21:32h in Media feature by admin 0 Comments
0 Likes
#Panorama Steel band Competition To Showcase The Rich Musical Heritage Of Trinidad and Tobago
Silver Stars USA Steel Orchestra Looks To Keep Coveted Title of Miami Carnival Steel Band of The Year
Miami, FL – The scintillating and pulsating music of the steel pan has always played a significant role in the Miami Carnival narrative. This year the Miami Broward One Carnival Host Committee Inc.(MBOCHC) will present their Panorama Steel Band competition on Friday, October 10, 2014 at Central Broward Regional Park from 6pm to 11pm. Silver Stars USA Steel Orchestra is the reigning 2013 Band of the Year. http://www.youtube.com/watch?v=Uc-NnawgEDc. This year, the list of bands competing for the title of Miami Carnival Steel Band Of The Year includes: Silvers Stars USA Steel Orchestra, Pantastics Steel Band, Lauderhill Steel, Resurrection Sound, Karibbean Knights Steel Orchestra and Steel Away Steel Drum Ensemble. Panorama is a favorite of many pan-lovers who will enjoy the melodic, rhythmic and soothing sounds of a music art form that is the heartbeat of the Carnival culture. The National Instrument of Trinidad & Tobago is the Steel Drum and is the only new instrument invented in the 20th Century, Although a part of Carnival for many years, the first Panorama was not held in T&T until 1963.  In Miami the steel bands were always a part of Carnival and bands travelled from Orlando and even from New York, to participate in Carnival. The MBOCHC is committed to preserving this rich Caribbean tradition within the blueprint of #MiamiBrowardCarnival.
“Pan is to carnival like water is to fish; it’s a survival thing. As they say, it’s the last created musical instrument that brings pride and joy to a nation. Its like reggae to Jamaica, classical music to Europeans; it is deeply rooted in our culture and the world is better for it.” Sydney Roberts, Vice Chair for Miami Carnival.
“The main focus of Silver Stars USA Steel Orchestra is to introduce the art of playing the steel drums to the youth of South Florida and to broaden the exposure of steel drums in the United States of America. We have been able to expose our repertoire at many functions, such as Mrs. Michelle Obama’s grass roots rally in Ft Lauderdale and we are proud of our Miami Carnival Steel Band Of The Year for the past two years.” stated Errol Christian.
Special thanks to the Miami Carnival sponsors:
Corporate – Coca Cola, Clear Channel Media & Entertainment, 103.5 The Beat, Mega 94.9, Greater Miami Convention and Visitor’s Bureau, Yellow Cab, Discovery Tours, LLC, The Check Cashing Store
Media – Caribbean American-Passport News Magazine, South Florida Caribbean News, Global 99.5FM, EventsRUsonline.com, Caribbean Connect, Weekends with the Breakfast Club, VibesUnite, SmallIslandMassive.com, Caribbean National Weekly, Red Eye
Public Sector – Broward County Florida, Miami-Dade County Fair Expo Center
The Miami Carnival is made possible with the support of Miami-Dade County Department of Cultural Affairs and the Cultural Affairs Council, the Miami-Dade County Mayor and Board of County Commissioners.
For more information about Miami Carnival please visit www.miamibrowardcarnival.com or call 305-653-1877.
#MiamiBrowardPanorama2014
Follow on Social Media
Twitter – @MiaBroCarnival
Instagram – @MiaBroCarnival
Facebook – https://www.facebook.com/MiamiBrowardOneCarnival
Miami Carnival Signature Events for 2014
###