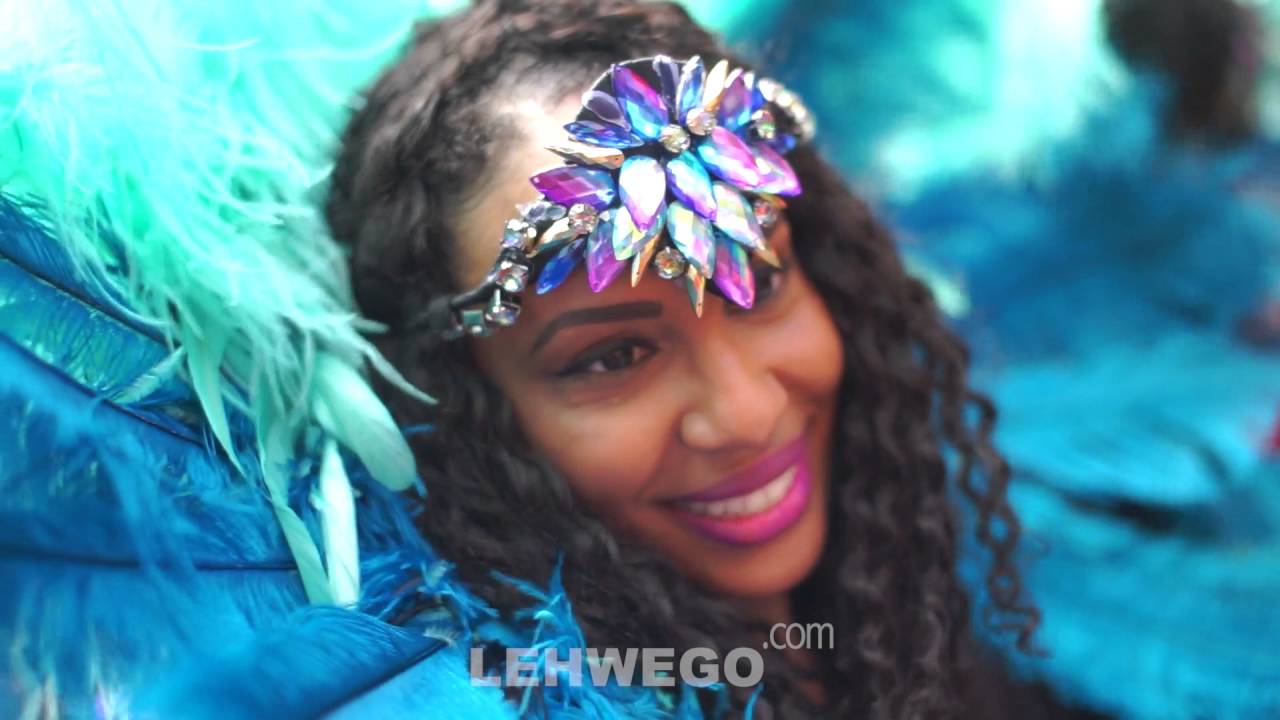 So Miami Carnival is over and now it is time for the ole talk, a play by play of my adventures at this event. This year, sadly, I did not play as I am focusing on travel and seeing other parts of the world. But my heart was aching and it was not an easy decision. I almost played last minute so overtaken by carnival tabanca I was. I think the designer for Revel Nation Carnival may be entirely fed up with me and my indecision, but she is so kind and patient she was nothing but sweet to me. Big shout-out to Oylan Baldeosingh (designer of all the costumes for Revel Nation with fellow designer Douglas John) and Revel Nation’s superior customer service and organization.

Although I had decided not to play, I still attended the event as a guest of Island Origins magazine (a premiere magazine for everything Caribbean). I arrived at 5 pm and from the moment I entered the park, until I left, I had a blast even without playing mas. I headed to the band route first to get pictures of the beautiful masqueraders in their splendor and I was not to be disappointed. These costumed band members regaled me with the magnificence of the colors of their portrayals and were gracious in allowing myself and only child to take pictures. I was beyond ecstatic to see such a diverse group of people in all the carnival bands I encountered. As I like to say, it warmed my little frigid heart to see the diversity of the Caribbean and the world displayed in all its variety. These differences make life interesting, engages the eyes and infuses the spirit with acceptance.

All the bands were beautiful to behold of course, but the color combination of Gen X stood out to me. The color combinations, costume design and execution for Revel Nation left a strong, favorable impression on my psyche as always. The masqueraders actually danced their costumes instead of the vulgarity that had saturated the event in recent years. And let me clarify here that if your self expression happens to be of that nature, more power to you. It just seemed that everyone’s self expression seemed to be the same for a period of time.

GEN X
Only Child
I am especially proud that Miami Carnival does not subscribe to committee registration and so a true representation of who loves each band was shown, instead of who is deemed suitable. I think this was key to the diversity seen in all the bands. But the true beauty of this event was seen in the many Caribbean representatives of various origins and those that embrace Caribbean culture coming together in unity, peace and love to create a vibe that was both euphoric and exhilarating to be a part of and to see. Even as folks ran across the stage from a fight that had broken out, I observed them helping each other (the police and security were quick to secure the area once alerted). And what is carnival without a little excitement, drama and fight? I mean, can it be considered a true carnival without it? It is a time where all aspects of ourselves are displayed and that includes the not so pleasant parts too. This acceptance of all and freedom to be is what truly is the essence of carnival and it was definitely at the foundation of this year’s Miami Carnival Experience.

My only gripe about the event was the placement of the Carnival Bands in terms of judging for the competition. I struggled with voicing my concern as the event was such a positive experience and I did not want to acknowledge any negativity but after some contemplation I decided it is better to honest and authentic than phony. For the third year One Island Band won and for the third year I am astonished. They have come a long way in terms of the standard of costume but I must say it, their costumes were not by any means of a winning standard, more so of an average embodiment of mas. I understand that the band is large and has a good following but this is a costume competition and should be judged as such. Criteria used for judging as to how they surpassed not only Revel Nation Carnival, but Gen X, Euphoria, Mascots and even D’Junction are beyond simple comprehension. The Miami Carnival Committee does the event an injustice by not being fair with the judging as it dampens the spirits of those that labor over design, bead-work, theme and color combinations. Less effort will be placed by the bands if they know the judging won’t be on the up and up. It totally undermines the event.

Only Child 2017
REVEL NATION CARNIVAL
Aside from the comess of the unfair judging, Miami Carnival was a jewel of a Carnival to witness. It has come a long way from its origin and has its own accepting and united vibe as far as Carnivals go. It is one of my favorite Carnivals to behold and be a part of. Here’s hoping for many more years of this colorful, rhythmic and festive experience. A Massive Cheers to Miami Carnival. You’ve come a long way baby.