A Growing Legacy: The Kings and Queens of Carnival 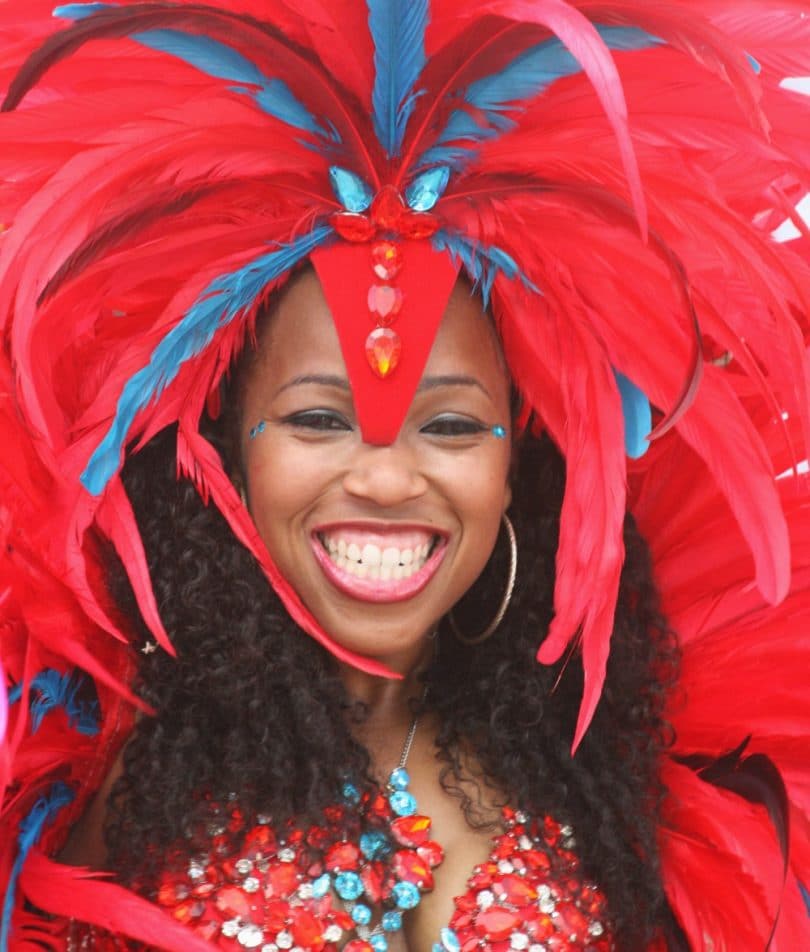 29 Sep A Growing Legacy: The Kings and Queens of Carnival

Posted at 20:51h in Media feature by admin 0 Comments
0 Likes

The intricacy and the vibrancy reel you in and the melodic sounds make you move, but the cultural expression transports you into another world – a world of innovation, creativity and pure artistry. The King, Queen and Individual costume contest is not just about larger than life costumes and colorful themes, but a larger than life cultural experience.

The Miami Carnival season is underway and on October 7th the coveted King, Queen and Individual costume contest will draw many spectators from both the Caribbean and beyond. As a long running staple of the Carnival tradition, the combination of pageantry, rhythmic storytelling and creativity are hard draws to ignore. Ingrained in the Carnival tradition since its roots in Trinidad, the contest has continued to thrive and evolved into a show that’s a treat for both contestants and audiences alike.

The roots of the Carnival celebration and its traditions stem back to the island of Trinidad, where French Migrants, their slaves and free blacks staged vibrant celebrations known as masquerade balls. For the slaves and free colored people, these mask festivals were a celebration of the sugarcane harvest known as Canboulay. Canboulay coincided with the French celebration for the commencement of the Catholic Lenten Season and in both traditions, dynamic and colorful costumes, masking and reenactment were important elements. In addition to masking and reenactment, Canboulay featured rhythmic sounds, chants and drum playing.

The King, Queen and Individual costume contest is broken into four segments: the battle of Kings, the battle of the Queens, the male individual battle and the female individual battle. Contestants are attached to Mas bands, who they dance along side during the parade. Their costumes are a representation of the band’s theme and their success during the contest determines the winning band.

To become a competitor, one must approach a Mas band of their choice and get the band director to agree to let them play mas alongside them or in the case of many big costumes, in front of them. Once the band agrees, the designer is tasked with making a costume that embodies the theme of the band. The ideal Queen/King competitor must be able to handle the size and weight of their costume for hours at a time, while still being able to play mas and display their musicality and rhythm during competition.

When the competition starts, one by one masqueraders will take the stage seeking to impress the judges with:

Competitors in each category are ranked and the competitor who obtains the most points is crowned the winner.

During the contest, you may hear great soca road marches and see amazing presentations, but the most notable Carnival staple and the essence of the King, Queen and Individual contest is the costumes. Designers of Carnival costumes are artists in every sense of the word. They are usually skilled in multiple disciplines including carving, papier mache molding and copper work.

Artists and designers spend weeks and sometimes months of sleepless nights working to make sure their costume(s) are not just beautifully crafted, but are also mobile, and historically accurate. “It’s not just about the design,” said Miami Carnival Board Member and Carnivalist, Kathryn D’Arcy. “Many designers do a great deal of research beforehand – especially when it’s a historical or tribal costume, in order to be accurate.” Authenticity counts in this competition and it’s not uncommon for a costume to lose points for an inaccurate portrayal.

Costume sizes, colors and themes vary, with the band backline wearing more lightweight and mobile costumes and the frontline wearing bigger and more elaborate costumes known as big costumes. While backline costumes support the band theme, big costumes are meant to be a full on representation of it. These costumes can be more than 20 feet high,40 feet wide and weigh upwards of 100 or more pounds. In order to make big costumes mobile, innovative techniques like wheels, pulleys and even stilts are used in costume construction and presentation.

Big costumes require a great deal of planning and research before the artist can even begin the crafting process. However, once the planning and research is out of the way, the artist can start on the foundations or frame work of the costume. In most cases, the frame of a costume is built from bending wire, but other materials such as tape, bamboo and fiberglass can also be used in building the framework. When the framework is complete, the artist can begin production. From there, materials like leather, nylon, beading, fringe and sequins come together to produce a work of art that only be categorized as Carnival.

As the designs and the production of Carnival continues to grow, one thing will remain true. Designing and creating a Carnival costume — especially a big costume, is not a job, but a true labor of love. This love is why Carnival traditions like the King, Queen and Individual contest still persist to this day.

*Visit one of the local steel band pan yards for their rehearsals prior to the Panorama competition on Friday, October 5th at Central Broward Regional Park

*Leave the fancy heels or designer closing at home and don your favorite skin balm of oil, paint, mud or powder for the annual J’ouvert at Broward regional park on Saturday morning at dusk

*Ask about local country heritage associations (Grenada, Antigua, Belize and others) who host authentic back yard house parties all throughout the Carnival weekend