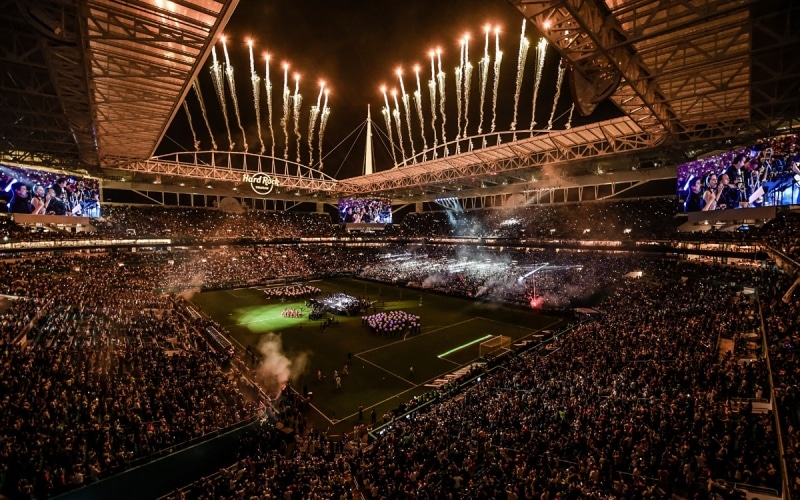 Posted at 16:29h in Media feature by admin 0 Comments
0 Likes

What: Miami Broward One Carnival Parade

As Columbus Day weekend approaches, it means the culmination of a weeks-long celebration of Caribbean culture with the fifth Miami Broward One Carnival parade.

Fans will be treated to a host of performers dancing and gyrating in feather-laden costumes of all colors to the music of over 20 masquerade bands from countries throughout the Caribbean and South America on Sunday at Sun Life Stadium.

The celebration began Sept. 28 with the Miss Miami Broward Pageant and continued with the Junior Carnival on Oct. 6, but the parade in the stadium is where the party reaches its peak.

“I’m looking forward to the pageantry and the colors and everyone being open and coming together,” said Joan Hinkson, chairwoman of the carnival’s host committee.

The performers include soca and chutney musicians Raymond Ramnarine, Sir Oungku, Ravi B, Shal Marshall and many others. The headliner is Superblue, an international soca star and the reigning 2013 Soca Monarch.

Carnival is celebrating its fifth year of combining Miami-Dade and Broward counties for one massive celebration. The two had operated separately and hosted competing carnivals on the same day for about six years.

“I think it’s a positive for both counties and for the Caribbean community,” Hinkson said. “When we weren’t together it was very divided, but now we have one message going.”

Sunday’s event will also feature music from DJ Spice and Team Soca and will feature plenty of Caribbean food, steel pan music and arts and crafts.

Hinkson says events like Carnival continue to influence the city and the stadium.

“I think carnival has played a big part in introducing the stadium to soccer,” said Hinkson referencingTrinidad and Tobago and Haiti’s matches over the summer.

Other events over the weekend include the Carnival King and Queen Panorama on Friday at 5:30 p.m. at the Central Broward Regional Park, 3700 NW 11th Pl., in Lauderhill. Saturday morning the park will host J’Ouvert, a daytime body paint party. Tickets for those events are $10 and $12 respectively.

Sunday’s parade has attracted more than 50,000 people to the stadium in the past and its expected to draw similar crowds this year.

“Having it in that kind of environment is great, because we’ve had it in Downtown Miami and Opa-Locka in the past,” Hinkson said. “To come back as a united force is a good thing.”