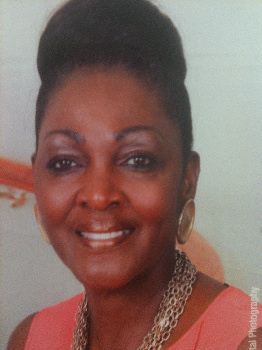 SOUTH FLORIDA – Sunday, October 11, 2015 will mark 31 years of Miami Carnival and Miami Broward One Carnival Host Committee (MBOCHC) promises to make this year one of the best ever. In an exclusive interview with Miami Carnival Chair,  Joan Justin known as Joan Hinkson, Joan shares her thoughts on Carnival, Carnival’s History in South Florida and what attendees can expect in attending the biggest Caribbean party in the United States happening in South Florida.

Q: What does Miami Broward One Carnival mean to you?

JH: It is such an honor to have been re-elected to the position of Chair 6 months ago, because I really believe in this organization and our future. This organization is important to us as a community in bringing together not just Caribbean Americans, but the community of South Florida as a whole.  Our Board is truly diverse in our makeup, with representatives from T&T, Jamaica, Guyana, Antigua, Belize, the Dominican Republic, the U.S and of course St. Lucia.  We are a screenshot of South Florida’s diversity.

Q: What is this year’s theme, and why?

JH: We are celebrating 31 years of Miami Carnival this year, so that is the theme.

Q: What are some of the pluses for successfully executing this event this year?

JH: The Marketing Committee has stepped up this year and we have new sponsors and a great relationship with Clear Channel which means that our message has been and will be promoted heavily to a larger community.  In addition, PR has developed a strong online and social media presence, so we are very happy about that.

Q: What keeps the committee strong, united and moving forward every year?

JH: Sometimes I think we are just stubborn.   Even when we are tired, we remember the success of the last carnival and it makes us smile and attend the next meeting, or event.

JH: Our community loves Carnival.  No matter where we are from, we all had Carnival at home, so it’s natural to want to show our kids and teach them our culture.  Every year another thousand people discover Carnival and will bring their friends the following year.

Q: What does reaching the milestone of 30 years mean to you?

JH: I remember the first Carnival on NW 183rd Street.  I was a member of the St. Lucia Association of South Florida.  We became a band in the Carnival.  I was actually the Queen of the Band one year.  Since that time I have been involved in other bands, D’ Untouchables and D’ First Dimension.  I was on the Board of the South Florida Bandleaders Association and Caribbean American Carnival, which later became Miami Carnival Inc.  I have loved almost every minute of the last 30 years.  It is an accomplishment that we were able to overcome everything and all come together to continue this beautiful event.

Q: Tell us the benefits of joining Broward and Miami?

JH: It is very important for us to have only one Carnival in this region.  History has proven that we cannot afford more than one, financially, culturally or socially.  It was hard for both organizations; we were accustomed to our independence, but as leaders of our community it was the only choice and it was the right choice.

Q: What does the joining mean to you?

JH: Well, I’m the Chair so that’s a personal triumph, that the Directors had faith in me and re-elected me for the second term.  I have been proud and honored to work with the people on this Board.

Q: What are some of the obstacles the committee has had to overcome? and How?

JH: This year we were particularly challenged in that we were unable to use our venue for the last 4 years, so we had to look for a new venue.  We looked at many venues before settling on The Fairgrounds. Carnival is a unique event, having both a parade and a festival at the end point, so there are basically two events in one.

Q: What are some highs and lows that you have seen with the Carnival?

JH: As a bandleader, my highs were definitely the four times D’ 1st Dimension won Band of the Year.  There’s no greater feeling than seeing the result of all of those months of hard work making costumes and then when you are awarded a title for that hard work it is just amazing.  I can’t remember a lower day than the year that the truck with the music bands’ instruments was stolen from their hotel parking lot.  They were supposed to play that night.  Charlie’s Roots and Second Imij had their instruments because the member of Roots took their instruments into the hotel and Second Imij instruments did not travel on the same day they did.  Thank goodness for Ellis Chow Lin On of Roots and George NgWai of Imij.  They shared their instruments and we were able to rent enough others to make up.  It was a horrible year.

Q: Share some of your most enduring memories of Carnival

JH: Of course, the memories of Selman Lewis are there. We called him “The Runner” because the rest of the Board had specific responsibilities but he was overall responsible for everything.  Plus, Selman was too elegant to ever run.  The name was our private joke.  I always loved seeing the Kings, Queens and Individuals on stage, especially when we did the show at the Coconut Grove Convention Center and they had a big stage to perform on.  The Junior Carnivals are good memories.  I loved it when the steelbands came from T&T and people just chipped along smiling and happy.

Q: What are the number of people that are involved with the event this year?

JH: There are twenty Directors, and we all have people who work with us every year.  On Carnival Day there are probably 100 people working at the venue, from Parade Marshalls who come from other Caribbean Carnivals in North America to the interns who tweet during the day.  We are lucky that we have people who have been with Carnival for 30 years, like Ken Charles.  We don’t even have to ask him; he just shows up at every event and works.

Q: Why does Carnival engage so many people?

JH: There are so many facets to Carnival.  For instance, our Venue Committee will start working at The Fairgrounds on the Wednesday before Carnival, working with the contractors installing stage and sound, tents, etc.  On Carnival Sunday, our Vending Committee will be at the Fairgrounds from 3 a.m., ready to check documentation and work with the vendors for a successful day.  By 7 a.m. the Parade Marshalls will assemble, after leaving their IDs with the on-site inventory worker.  At the same time Finance will be working to ensure that cashiers are in place and ready to accept or sell tickets, while Hospitality is setting up the VIP tent. Marketing is working with our Sponsors to ensure that they are ready for the influx of visitors and Entertainment is setting up the back-stage and concert stage area.  Then we have the judges and co-ordinators who work with them.  These same tasks will be duplicated at every one of our events, with different people.

Q: Why should people make the trek to South Florida to take part in the Carnival?

JH: Because it is an excellent opportunity to see friends, visit with family, enjoy Caribbean food, listen to music, and learn about a heritage they may not know about.  Also because it is visually a beautiful event, with people and costumes that are worthy of being on any great stage.

Q: Why is Carnival so important to South Florida in your perspective (culturally, socially, and economically)?

JH: Carnival has allowed me to make friends with people I may not have met otherwise.  Many people in South Florida tend to think of North and South Miami-Dade and Broward as being separate and distinct; and many times it is.  Because of Carnival I have attended parties I might not have gone to.  Economically, I believe that Carnival is extremely important to us all; our businesses benefit when all the visitors are in town and many businesses benefit from the marketing and promotion of Carnival and the events that surround it.

Q: How do non-Caribbean people in South Florida view and engage with the Carnival?

JH: I work with many non-Caribbean people and I am proud how many of them have come to Carnival after hearing me talk about it and how much they love it.  They come back every year and bring their family and friends.  Now they play mas too.

Q: How do Caribbean people in South Florida view and engage with the Carnival?

Q: Who are some integral events and persons that have helped the development and success the Carnival

JH: Al Thomas was the President of the first organization to produce Miami Carnival.  Desi Worrell was known as the Carnival Ambassador; he attended every Carnival throughout the U.S. and Canada; and many in the Caribbean and Europe.  He knew all the entertainers and they knew him.  He was beloved and I will always miss him.  Ruthven Williams, Keith Carter, Marlene Gregoire were there from early and are still involved today.  Keith Diaz who is the President of Pan Trinbago was an early supporter.  The Minister of Community Development in T&T today, Mr. Winston “Gypsy” Peters, was also a founder of Carnival.  There are bandleaders, designers and DJs who made a major contribution and difference in Carnival.  People like Mike Andrews and Eddie Edwards, Jeanette Spencer, Philip D’Arcy, Rags and Martin Ragoonan, Trevor Larode, Lincoln Ford, Robert Taylor, Stephen Derek, Wayne Luces “MasterBlaster”.  There are so many people it would be impossible to name them all.

Q: Who is Selman Lewis and how is he important to the development of Carnival?

JH: Selman Lewis is the cerebral founder of Carnival.  The WIADCA Committee founded Carnival in 1985.  In 1990 Selman Lewis took the Carnival and dragged it to a higher level.  He formed alliances which brought Brooklyn and other cities to Miami in record numbers.  He started the Coconut Grove Convention Center parties.  He started doing a Carnival Launch.  He then started doing an Official Launch of Miami Carnival in T&T.  He was the brainchild behind the beautiful brochures which many Carnival produce.  He had a unique mind and the ability to communicate which allowed him to dominate every meeting and every group, and to get people to agree with his viewpoints.  He formed the first “Junior Board” with the intent of having a group of younger people to take over Carnival.  His policies and procedures are still used today.  He was a Carnival Genius.