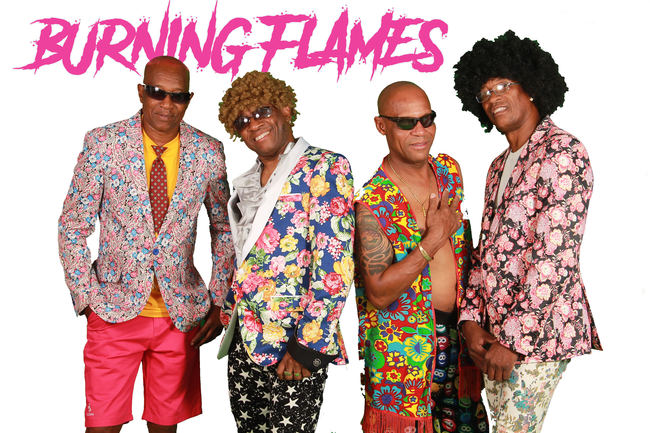 A&B
From Antigua, this band represents the epitome of the high-energy, multiple-influenced, synthesizer-driven soca bands of some of the other soca islands. Years of tourist gigs and a stint as backup band to Montserrat calypsonian Arrow laid the groundwork for their solo debut … total domination of the Antigua carnival in 1986 with Stiley Tight. Elements of rock, funk, reggae, cadence, zouk, and more, put to frenetic tempos of amphetamine-like proportion, were the trademark of this band until 1989’s “Workey Workey,” a funky, zoukish second-line that was an international sensation. They zouked it out further in 1990 with “Chook and Dig” and shortly afterward were anthologized on a Mango release, Dig, although the re-mixing done for the record worked to the detriment of each cut. They have taken Antigua Road March almost every year since 1985.